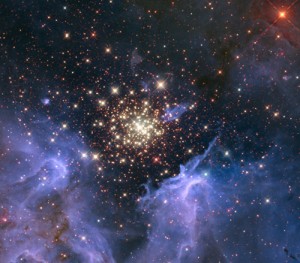 On Being in the Void

Nothing before, nothing behind; the steps of faith fall on the seeming void and find the rock beneath.

There is a space. A space left vacant when we change, change any part of our self. It won’t stay empty for long, as this is the portal through which the new arrives. So much is changing now, individually and collectively. We are on the threshold of what some are referring to as The New World. When we change collectively, change occurs exponentially, faster. Time gives the appearance of speeding up. Once change is initiated, either consciously or not, there is no stopping it. Energy has been put into motion.

After change, there is a period of settling in, percolating, integrating the shift in energy, much like water that has been stirred up. Beliefs and ideals that were once held as truths are being questioned and released. What no longer works or is not in alignment with who we are is being left behind. Many lives are being simplified and minimalized. A sense of lightness, wholeness, authenticity fills our being. Which brings us to the void, the space ready to be filled with the new.

The more change, the bigger the void. Feelings of uncertainty, loss of direction, lack of motivation and maybe even overwhelm. Just as trees release their leaves in the fall and stand barren throughout the winter, we should use this time to rest and regroup before moving forward. Grounding, drawing our energies into building a solid foundation, like roots. When the time is right, doors will open, synchronicities and messages will guide and life will flow again.

When you have come to the edge of all the light you have and step into the darkness of the unknown believe that one of the two will happen to you, either you’ll find something solid to stand on or you’ll be taught how to fly!”

PrevPreviousHow One Word Can Change Your Entire Life
NextAre You Listening?Next