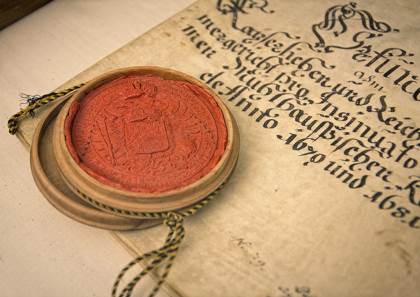 Living a Life of Peace with the Universal Laws

Universal Laws generally describe the ways in which cause and effect are related. They can also act as guidelines for developing personal, emotional and spiritual growth. The Universal Laws are all interconnected and based on the understanding that everything in the universe is made up of energy and that energy flows through and connects everything.

“Our thoughts, feelings, words, and actions are all forms of energy. What we think, feel, say, and do in each moment comes back to us to create our realities. Energy moves in a circle, so what goes around comes around. The combined thoughts, feelings, words and actions of everyone on the planet creates our collective consciousness, it creates the world we see before us.”

Although there are many versions and number of what are considered to be Universal Laws, Spiritual Laws or Laws of Nature, below are the ones that I have found to be the most consistent. These laws are real and what all of creation is based on. Read through them, meditate on them, think about how they have worked in your life already. Then, be conscious of them working in your life from now on and see how magically your life unfolds.

The Law of Divine Oneness

The Law of Divine Oneness helps us to understand that we live in a world where everything is connected to everything else. Everything we do, say, think and believe affects others and the universe around us.

The Law of Vibration

This Universal Law states states that anything that exists in our universe, whether seen or unseen, broken down into and analyzed in it’s purest and most basic form, consists of pure energy or light which resonates and exists as a vibratory frequency or pattern.

The Law of Action

This Law states that if you take any action in the direction of your goal, no matter how small, the Universe will take an even greater action in your direction to help your reach your goal. The Law of Action must be applied in order for us to manifest things on earth. It is important to remember to engage in actions that support our thoughts, dreams, emotions and words.

The Law of Correspondence

The Law of Cause and Effect

This Law states that any action produces or returns a result or outcome in exact proportion to the act or cause which initiated it. This can be explained through the expressions “we reap what we sow” and the Golden Rule, “do to others what you would like to be done to you”. This is also the basis of karma.

The Law of Compensation

The Law of Attraction

The Law of Attraction says “that which is like unto itself, is drawn”. Whatever energy is broadcast out into the universe is joined by (or attracted to) energies that are of an equal or harmonious frequency, resonance or vibration. “Like attracts like” and “birds of a feather flock together” are common expressions relating to the Law of Attraction.

The Law of Perpetual Transmutation of Energy

This Universal Law states that all persons have within them the power to change the conditions in their lives. Higher vibrations consume and transform lower ones. As old forms are exhausted, they give way for new forms to emerge from the energy of the Universe.

The Law of Relativity

This Universal Law states that nothing is good or bad until you relate it to something. Everything is relative to your perception of it. Are you able to look at challenges as opportunities for growth, learning or healing?

The Law of Polarity

This Universal Law states that everything is on a continuum and has an opposite. We wouldn’t know what it really felt like to be happy if we didn’t have sadness to compare it too.

The Law of Rhythm

This Universal Law states that everything vibrates and moves to certain rhythms. These rhythms establish seasons, cycles, stages of development, and patterns.

The Law of Gender